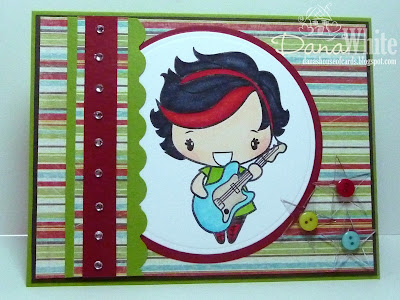 YEAH two challenges in one!!! I played along with the Corrosive Challenge Blog by Janet this week which was anything to do with Rock because she is a rocker chick!! Then I used Taylor's Cupcake Challenge TECC68 from this week AND all the paper is from my March Taylored Expressions Key Ingredients kit (they are worth every penny even for us Canadian girls!!) 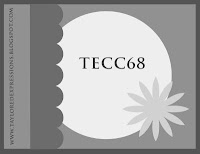 Rockstar Anya image was given to me in a swap by the rocker chick herself Janet so I happy to do her challenge. This is the 2nd Greetinig Farm stamp I've used & I can honestly say I feel an order coming on!!!

I coloured her with copics and cut the image out with my nesties. I added some ghost stars with buttons from my stash (they are from basic grey) Along the red strip I added some rhinestones to give her some bling since she's a Rockstar!!

Thanks for stopping by & have a rockin' great day :)

This is adorable! I LOVE her fun red highlight and the ghost stars!!!

OHHHHHHHH i LOVE IT!!! soooo cute!! thanks for playing:)
hugs

That is a rockin' card my friend. Love the ghost stars!

Gorgeous card! I love the paper and the image..
Thanks for joining us at Corrosive challenges this week :)
Vanja